Distinguishing Between Right and Wrong VS. Good and Evil 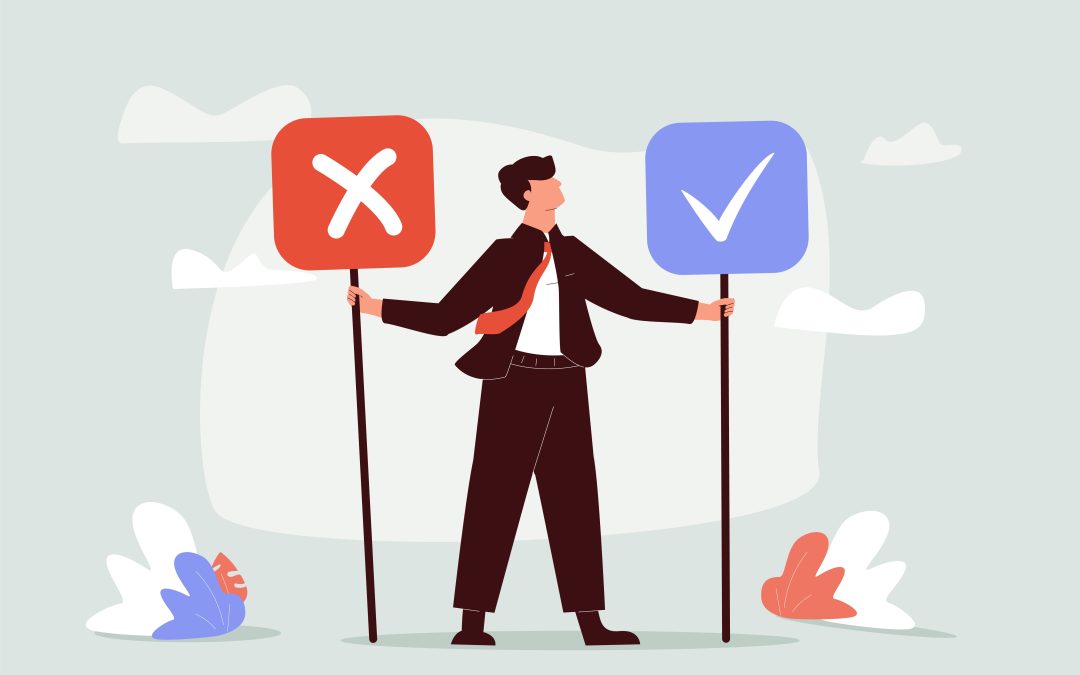 Morality and ethics are both concerned with discriminating between “good” and “bad,” or “right” and “wrong.” Ethics, on the other hand, refers to the standards of “good and wrong” that are defined by a specific community or social context.

It’s common to use ethics and morality interchangeably. However, certain circles, such as in school, court, and religion, will make an exception to this rule on occasion. In fact, the term “ethics” is used interchangeably with moral philosophy.

To avoid confusion, let us proceed to explore the differences between these terms despite the fact that most ethicists (i.e., philosophers who research ethics) regard them as interchangeable.

You can also read “Sparrows of Senegambia” by Charles Sampson Ph.D., as it talks about the distinction between right and good and wrong and evil.

There are two methods of thinking about ethics, which appear as two clusters of concepts and language, or domains of discourse, that are used to advocate or demand certain acts or character traits. They may be referred to as the Good and the Right.

Here are their differences:

Being right has to do with following the laws or regulations. This is obvious in unethical settings. For example, the correct answer to the question “What is 12 minus 22?” is “-10.” We use a mathematical method, the rule for long division, to arrive at the proper, or correct, answer.

In ethical circumstances, we use a moral norm to identify the appropriate course of action. If one discovers a wallet containing money and the owner’s identity, the correct thing to do is to give the money back to the owner since it is improper to keep something that doesn’t belong to one, particularly if one knows who the owner is. In this scenario, the moral norm is “it is improper to keep anything which doesn’t belong to one.”

Benefits are at the heart of wonderful things. The term “good for that item or person” refers to something that benefits the object of the benefit. Biological or instrumental considerations are both valid. When it comes to pounding nails, a hammer is an excellent tool.

What makes a hammer so effective is its design. All living organisms benefit from having clean air, water, and food in their environment. Instrumentally, a thing’s usefulness is determined by what is beneficial for it.

In order to make meaning, the term “good” must allude to someone’s aim or goal when used instrumentally. We make things like furniture and dwellings because we need the convenience and comfort they provide, and hammers are useful for hammering nails. The usefulness, or utility, in attaining a goal or objective, is what is meant by an instrumental use. Some hammers are better at pounding nails than others because they are heavier, heavier, or more balanced.

We all know what “evil” and “wrong” mean in the English language. Wrong is the counterpart of good, just as evil is the opposite of good. As a result, both phrases have a similar connotation and connote pictures of undesirable judgments, events, conditions, and goods.

Nevertheless, just as good and evil, right and wrong, are two sides of the same coin that must be gladly accepted, there is the night after day and darkness after light. When someone asks you to explain the difference between terrible and wrong, what would you say? Isn’t it confusing, isn’t it? Let’s compare and contrast these two ideas.

Just like there are good and bad things and situations in life, there are also right and wrong decisions, values, morals, qualities, attitudes, and even behaviors. We’ve been taught to think that anything that isn’t right is always wrong. But the ideas of right and wrong are too personal and subjective, even though society makes it clear what it likes and doesn’t like.

We are taught that stealing is a sin. Therefore, wrong, so when we take something valuable from a public place, we know we have done something wrong. We try to be good citizens as we grow up, and we’re proud of the fact that we follow the rules and laws that were made for us. So, it is wrong to drive while drunk or high, and it is also wrong to break the rules of the road.

We learn what it means to be bad from the time we are very young. We learn how to tell good from evil and how to act like good children. When we do specific things and act in certain ways, we see that people like and appreciate us. We are also given the ideas of good and evil, right and wrong, and moral and immoral so that we can know exactly what is expected of us and what to do in different situations.

We tend to think that everything that isn’t the best is bad. Evil also means hurting others intentionally, and when we don’t reciprocate respect from others, or cussing and dissing our parents.

Now that you have been provided with the distinction of right and wrong and good and evil, we hope that you will be able to apply and share it with others.

Should you want to learn more, we suggest reading the book “Sparrows of Senegambia” by Charles Sampson, Ph.D.